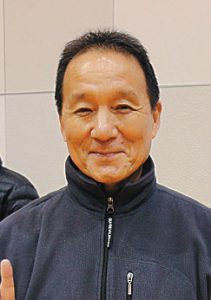 It was on March 17, 1865, that the Urakami Kirishitan (Hidden Christians) first confessed their faith to Fr. Bernard-Thadée Petitjean at the Nagasaki Oura Church, saying “WARERA NO MUNE, ANATA NO MUNE TO ONAJI.” – We are of the same heart (faith) as you.

They, who had preserved the same faith, handed down for seven generations over a period of 250 years, were at last able to break their long silence and confess that faith in response to the signs of the time.

But now, 150 years later, the church of Japan that never wavered nor renounced its faith however cruel its situation, resolutely handing down that faith unchanged, is struggling.

This is because, in the face of modern society’s diversifying values and the rising tide of relativism, it is losing the ability to hand down unchanged the same gospel and the same faith as it had received.

The society, the family and the church that no longer have a heritage to pass on will grow more spiritually impoverished however materially enriched they may become.

Nothing can change the facts of past events, but the interpretation of those events always lies open to the future. So what kind of significance does the discovery of Japan’s Hidden Christians have for us today?

Forbidden and suppressed with a ferocity unparalleled in world history, why did the Hidden Christians hand down the same faith and how were they able to recover from their strictly imposed silence? The answer to that question will enable us to identify the signpost for our own tomorrows.

From the very start of Christianity in Japan, and at every turning point in its history, and as we are given new life even in the midst of our struggles today, we are always under the gentle care and protection of Santa Maria, as is this drama itself.

I pray that those who watch this DVD may be reminded of the mysterious actions of God in Japanese history, and will be able to find new hope for the future.

Fr. Furusu was born in Goto City, Nagasaki in 1954. He is a Priest, Catholic Archdiocese of Nagasaki, and a Professor at Nagasaki Junshin Catholic University.